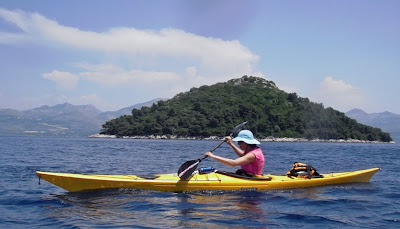 In early June, Ysabelle and I travelled to Croatia for a week-long kayak tour on the Mediterranean with Adriatic Kayak Tours. We chose their Paddling Dalmatia tour, which included boats and gear, a guide, meals, camping 3 nights and B&B accommodation for 4 nights. 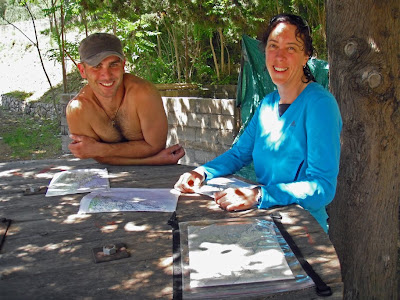 Marko, our guide, picked us up at the Dubrovnik airport and took us to the first campsite in Zaton, just north of Dubrovnik. Next morning we packed the kayaks, planned our route, and set off. We would be paddling north from Dubrovnik for 3 days and then south through the Elafiti Islands 4 days back to Dubrovnik. 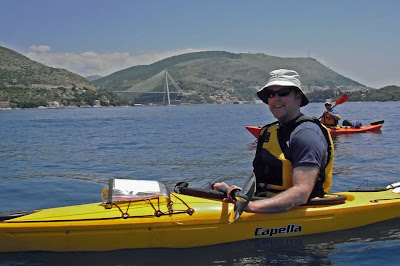 The weather was hot, sunny and calm. All week the daytime temperatures were 25 - 30 degrees C, with the nights around 16 - 21 C. The water was a luxurious 20 C, perfect for swimming! Our first stop was Daksa Island, the site of an old prison for political prisoners during the communist era of Yugoslavia. 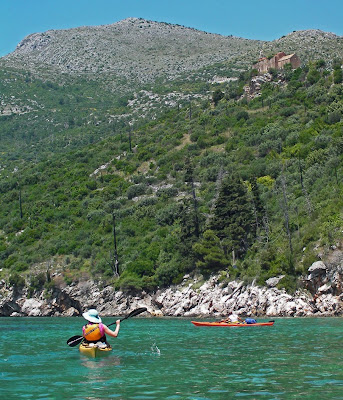 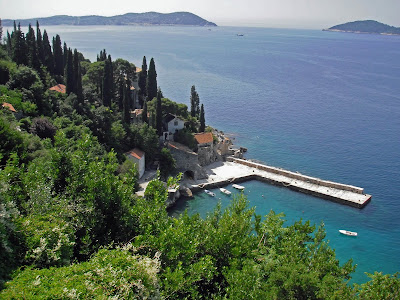 This is the beautiful harbour of Trsteno, our second campsite. Everywhere you looked there were crystal clear, turquoise waters, old stone buildings, and towering cypress trees. 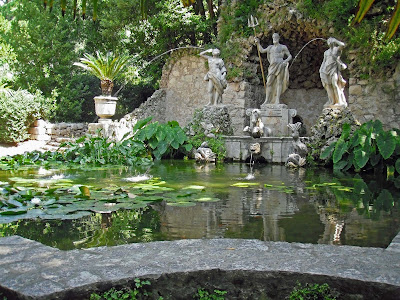 In Trsteno, there is a peaceful Renaissance arboretum, dated back to the late 1400s. A stone aquaduct carries water to this fountain.

The first two days, we paddled northwest up the mainland coast from Zaton towards Slano. It took a little getting used to paddling in the heat and the blazing sun. Lots of water, gelato and sunscreen! 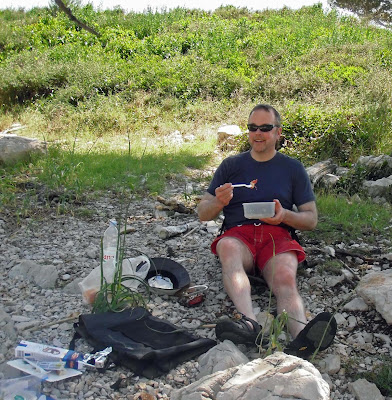 A delicious shore lunch on a small island along the way. Paddling in just a T-shirt and bathing suit was fabulous! 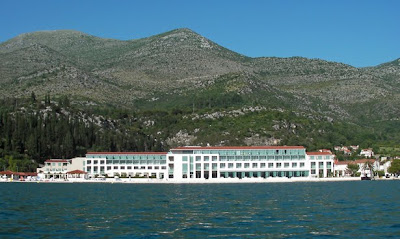 Here is a new luxury hotel in Slano. There were only a few along this coast. For the most part, it is wild and undeveloped. We stopped here for a gelato break. Tough life! 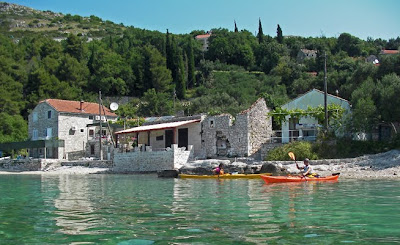 Here was our camping spot the third night in the tiny village of Krucica. The camp site was just behind the buildings in the trees. Very relaxing. 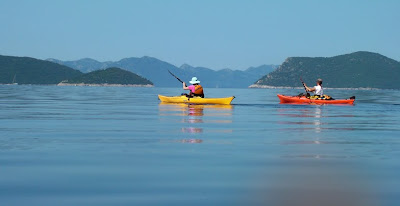 We crossed to Sipan Island on our fourth morning and continued north. The sea was glass calm. 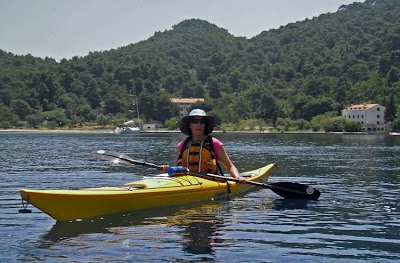 Ysabelle is floating in front of a deserted vacation resort on Jakljan Island. This once belonged to a large Serbian company during the communist era. Company employees enjoyed cheap vacations here with their families. 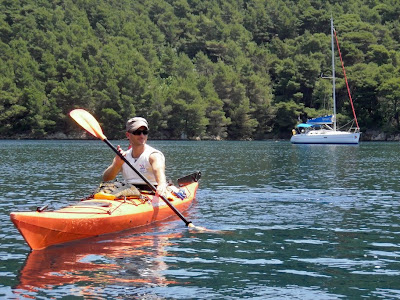 Marko Grubisic was our guide with Adriatic Kayak Tours. Marko was the best! A great paddling companion, who knew the best restaurants in each village, and all the remarkable sites to visit along the coastline.
More photos of our trip and Dubrovnik in coming posts.
Posted by Neil Burgess at 1:01 PM

Some people have it tough!!! Looking forward to the rest of the paddling vacation Neil.

Wow, great pics Neil. looks like you had an amazing trip. Looks like you guys got to paddle in a lot more areas than we did. I'm jealous!!!

Awesome! I am trying to find a way to squeeze a few more days into my trip and do the week long kayak trip. Sounds like you guys had a brilliant time! There must be a way to find more days!!!

Neal thank you so much to share some nice picture and experience. I think you got kayaking more area. key west is one of famous place for paddle boards.

Oh, its really nice I like your nice paddle boards picture and so many thanks specially to share your kayaking experience. I wish you love kayaking and 'll visit more area.