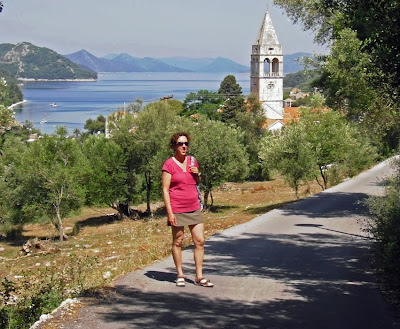 Ysabelle and I took a hike up behind Sipanska Luka. Lots of olive groves and great views. 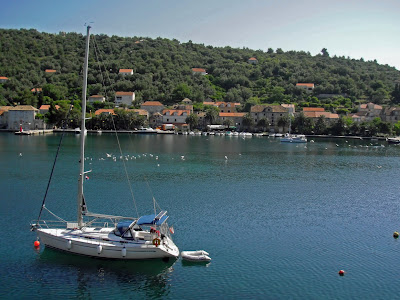 This was looking out at the harbour from our B&B window. 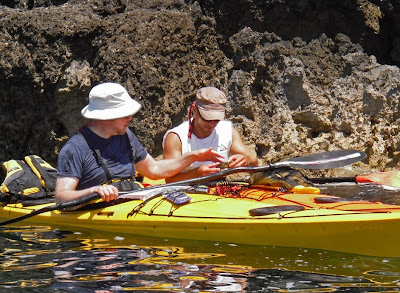 We paddling southeast down the seaward side of Sipan. Marko and I stopped to look at some of the sea life. 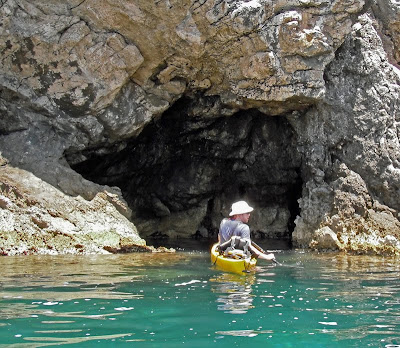 Exploring one of the many caves. 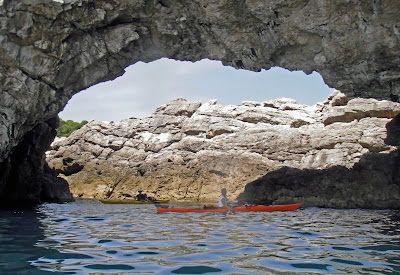 Here is a huge archway on Sipan. 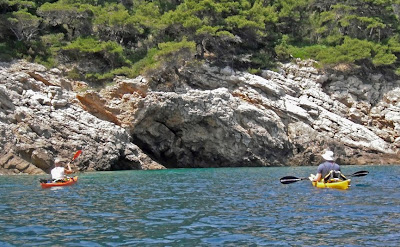 Paddling into Uvala Prtusa, we approached a blue cave. We knew this was going to be amazing! 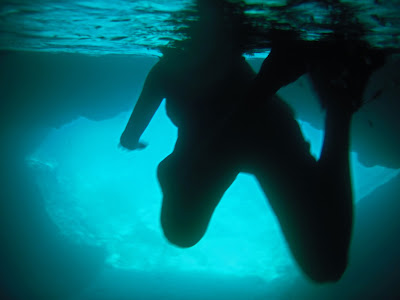 Ysabelle swimming inside the blue cave. The entrace is below the surface of the water, so you have to dive down to enter. Once inside there is a "room". All the light comes in underwater, so it's blue. Very special! 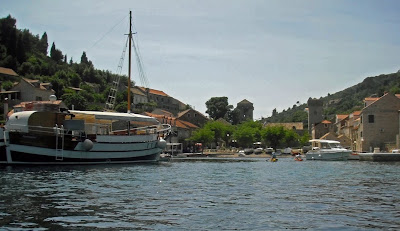 Entering the harbour of Sudurad. We met a Scottish couple who had kayak the whole length of Croatia in 5 weeks. They loved it! 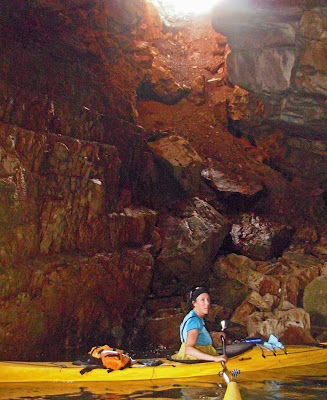 Ysabelle inside a cave with a skylight. 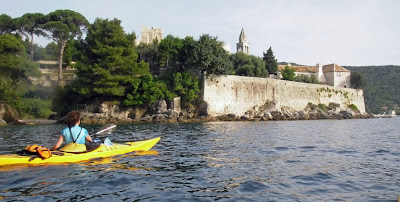 We paddled around Ruda Island and then continued on to Lopud Island. Here Ysabelle paddles past the wall of the monastery in Lopud. 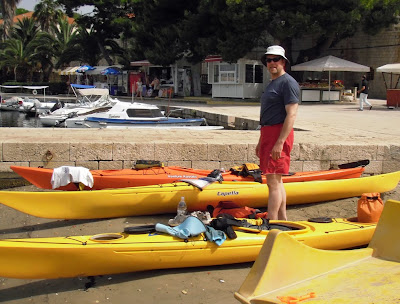 On the beach in Lopud, where we spent the night. We were very lucky to eat supper at the house of a local chef. It was probably the finest meal of the trip. Fabulous seafood! Thanks Marko for taking us there. 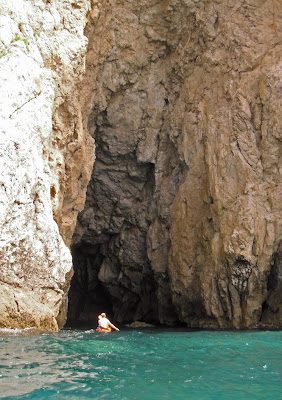 The next day, Marko entering a big cave on Lopud. 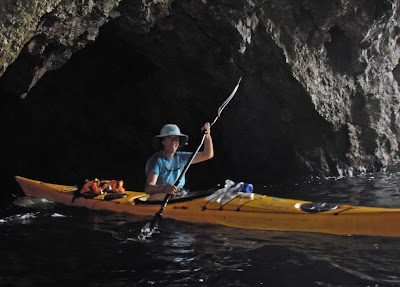 Ysabelle inside the cave. 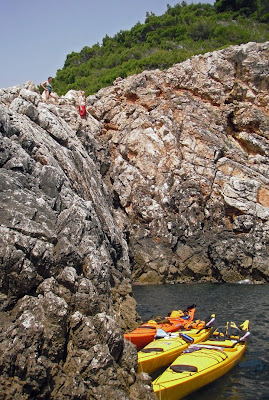 We stopped on Lopud for some cliff diving. It was high and scary but a great thrill! 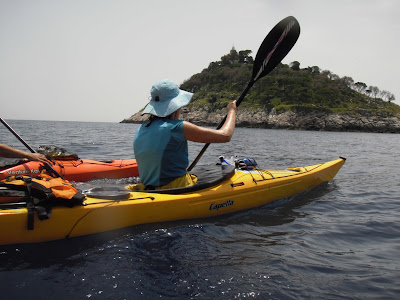 Then we paddled out to the offshore island of Sveti Andrija (St. Andrew). Nothing but a lighthouse. We couldn't land as the island is now privately owned. 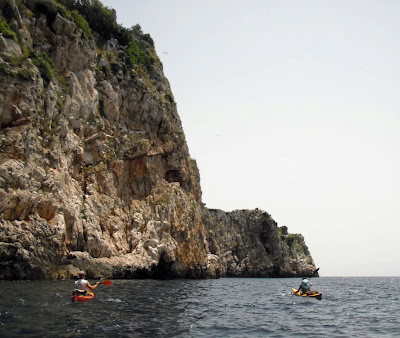 Exploring the cliffs on the seaward side of Sveti Andrija. 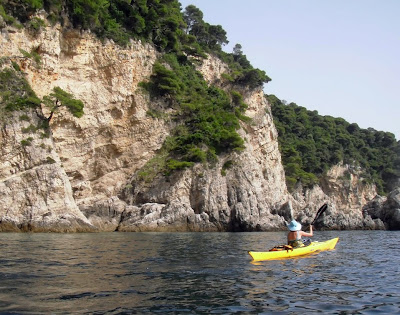 Our last island on the tour was Kolocep. Ysabelle paddling past more limestone cliffs. We stopped at a second blue cave here and enjoyed another swim. 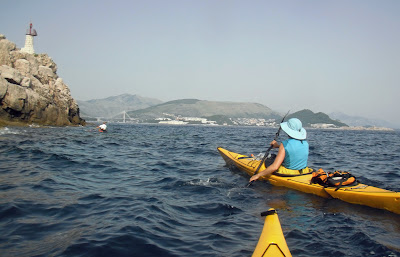 We continued past this lighthouse at Rt Bezolanj on Kolocep. Dubrovnik is in the background. 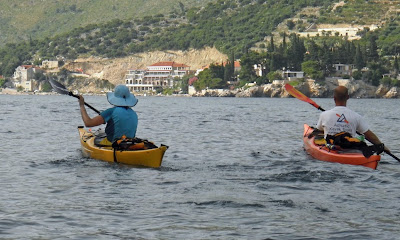 Ysabelle and Marko heading into Zaton, our final destination. Both of us felt sad to be finishing our tour. It was such a wonderful experience that we didn't want it to end.
Posted by Neil Burgess at 8:27 PM

Awesome pics Neil, you are making me really miss our time there. That cave sure was amazing huh?

Oh I love Croatia. I went there a few years ago with a whole bunch of friends. Went on Busabout Croatia which ironically is sailing around the coast. The water and the the little towns were amazing!!

Would love to go back there and do it all again in a kayak.

Get Hourly profit for 200 hours on every hour without any risk and without any work, best business plans ever
AllTimeProfit.com